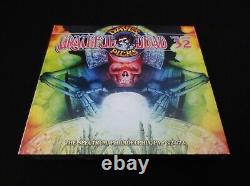 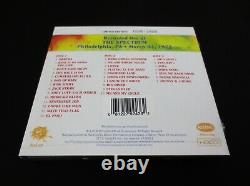 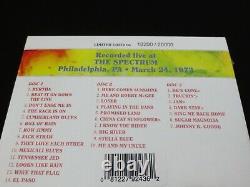 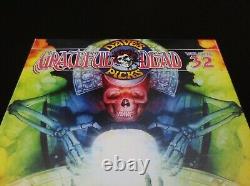 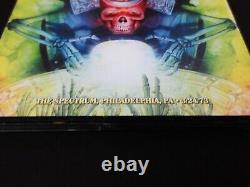 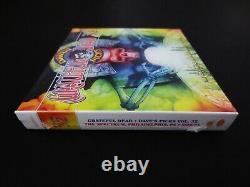 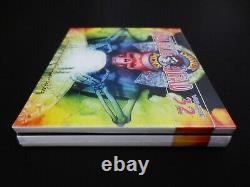 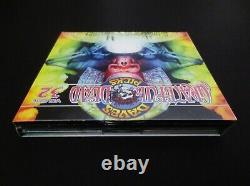 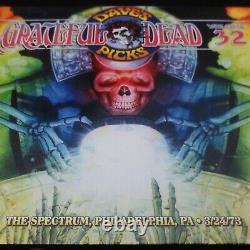 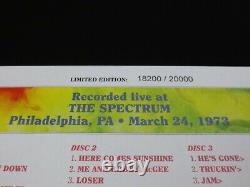 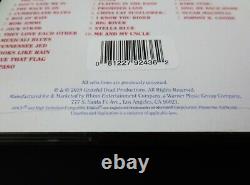 The' Mick-Free' years - but, you already know all about that. So yeah & getting right-back here to " 1973 " - the one-question just' still-remains' - and, I have to imagine that it always-really-will...

As it's indeed true-fact that the " Opinion(s) " are just always (and always have-been) all-across-the-board on' What? " - clearly one-of the Grateful Dead " Prime-Era Years - that is indeed' beyond-worthy' of that degree of vitally-important' dissection'. And I'll say it loud & clear that my vote has always traditionally been pulling on the " Winter'73 " lever (for almost the last 30-years, myself) - but, my steadfast commitment to headphones like... Almost a " headphones-only " type of commitment over the last near-decade not to mention the " so-many-killer-'73-releases " that have newly surfaced! Has really-truly-began to' tilt' my eyes, ears, and mind - in the direction of Spring Tour'73!

And I mean hey - to just put it bluntly... It's' earlier' - and I think at least in the vital-case of analyzing " Jerry " - it matters all the more. I mean it's kind of like the similar impossible' pick' of... As that's almost something-like Who's a better British Rock Band?

And also even laying-down the earlier Mid/Late-'60's Gibson(s)! One of the " Most " critically-altering' Decisions' in really' All' of Rock & Roll which Jerry made here in this Live-Dead Period & Era! And, at least to my ears...

I'm sure damn-glad he did it! Just think of the differences in sheer Gain! That this period would have' faced' Forever! If Garcia played it with say... He chose to rifle This-Era This Magical!

With the choice of Clean-Tone!! And, then the more I listen (and believe-me - I listen a-lot)... I'm almost starting to get hung-up on " Spring Tour'73 " being really the " Pinnacle-Flagship " of this Single-Coil Pick-Ups " Clean-Tone " Era! It's So-Incredibly' Brisk' that it almost Snaps! " - and even' with' what one might call " unity-gain-buffing!

And with the sheer " Timing " of Bobby playing a Gibby Double-Cut 336? There are Moments that both border & also truly-achieve' Crystal-Clean' Live!

And, I have to say (&' admit') too that I'm' Extra' Head-Over-Heals with this 3/24/73 Spectrum release - because I only' ever' owned a roughly 90-minute (or' less') portion of This-Show! I got it in the'80's from Metal Tape (Cassette) and Recorded it Carefully! To Chrome Tape (Cassette) - and could never track down the other' portion' of this Show like' Most' of this Show! - simply because I just could-not find the proper & respectable Sound-Quality in which it rightfully deserved to be archived.

And, as far as going against some of those 15-25-Year " Friends " that we all have in the " Dick's Picks " Series?? As I don't even know-what to even say' there' - and don't even really feel' comfortable' approaching This-Subject! And, heck - as we all well-know... There's no' correct' answer - nor, will there ever-be - but, that still doesn't mean that You!