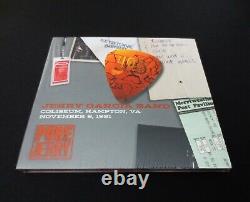 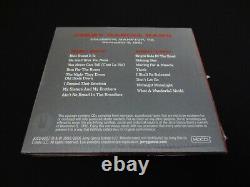 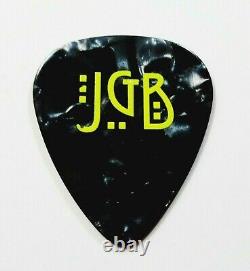 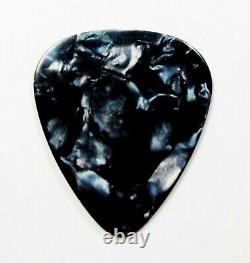 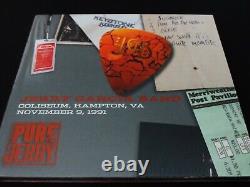 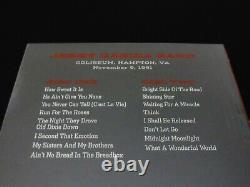 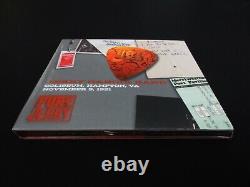 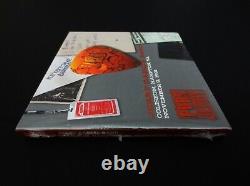 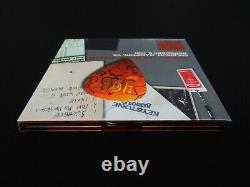 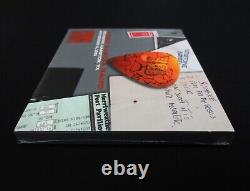 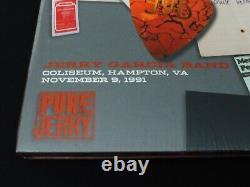 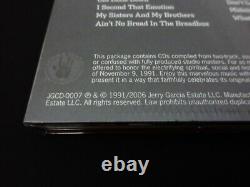 And if you were there, you can probably back me up in the fact that the anticipation & intensity from the crowd was unlike anything the Jerry Garcia Band had ever seen regarding rabid fans craving their Garcia Band. Fourteen date (14) East Coast / Midwest swing that the fans were very, very anxious for. Had not played once in the East dating back to the 1989 Summer Tour, anyone Back East had to travel to the West Coast to catch the Garcia Band (in much smaller venues). Another thing, as you likely already know - at this point the whole scene and massive fan following led to unfortunate problems regarding the ongoing " fans versus security " thing escalating.

I just remember being there and thinking oh my gosh, are we going in to see Garcia, or The Grateful Dead tonight!! I mean the scene nearly matched the Hockey-rink East Coast Tour the Dead delivered during the 1990 Spring Tour.

I even remember thinking what kind of pressure this would put on Garcia? I mean this scene is light-years from the Warfield & Wiltern crowds from a standpoint of sheer intensity.

So, What Would Jerry Do? I mean just completely delivering-the-goods - unbelievable performances!!! Both nights at the Cap Centre, and again at this Hampton show (where the positive energy ante was definitely upped with a very special guest appearance by Bruce Hornsby) definitely adding some extra musical spice! Bruce sits in for the whole night joining Jerry, along with John Kahn, Melvin Seals, David Kemper, Jackie LaBranch & Gloria Jones. This delightful energy just continued to keep up for the rest of this great Tour.

I've both heard & seen plenty of it on tape & video -- eleven more nights on the East Coast, and then in the Midwest! This 2-CD Set offers an amazingly spirit-filled musical performance during the now historic 1991 East Coast Tour & excellent show at the Hampton Coliseum.

Many Deadheads consider this night to be the best of the fourteen (14) shows, especially with the surprise addition of Hornsby showing up & playing real-hard for this' hometown' show. Garcia Band Fans definitely need this one, absolutely no doubt - and without any question... Jerry Garcia Band' Live' at the Hampton Coliseum in Hampton, Virginia on November 9, 1991 (11/9/91) - with Bruce Hornsby. He Ain't Give You None.

You Never Can Tell (C'est La Vie). The Night They Drove Old Dixie Down. My Sisters And My Brothers. Ain't No Bread In the Breadbox.

This 2-CD Set has been very carefully stored inside protective plastic in my professional CD rack. On the'91 Fall Tour - with Good Ol' Bruce!

The " JGB Guitar Pick " (' Included-Inside') this 2006 " Pre-Ordered " 2-CD Set was Only-Included inside a Very-Small-Portion of the 2006' Pre-Ordered' Sets & Not-All! I have included Photos inside this listing (see Photos #3 & #4 provided) of' another' similar (loose) JGB Guitar Pick (from a different' opened' Pre-Order Set) so you can see close-up what these Collectible JGB Picks looks like (this Pick is' not' also-included).

Your " JGB Pick " is still Brand New / Factory-Sealed' Inside' the 2-CD Case! Providing an' actual-photo' of Your JGB Pick is not-possible (obviously), since it would require' opening' this Brand New / Factory-Sealed 2-CD Set. Your " JGB Guitar Pick " will look' similar' to the one shown in the Photos provided - but, not' exactly' like it... Since each JGB Pick Issued is Unique! The " JGB " print-design will be similar/the same, but each individual JGB Guitar Pick will have a different & unique' marble-pattern' on the Pick plastic (see Pick' backside' - Photo # 4 provided).

This item is in the category "Music\CDs". The seller is "springfromnight1989" and is located in this country: US.